Stop Making Excuses for Who and Where You Are 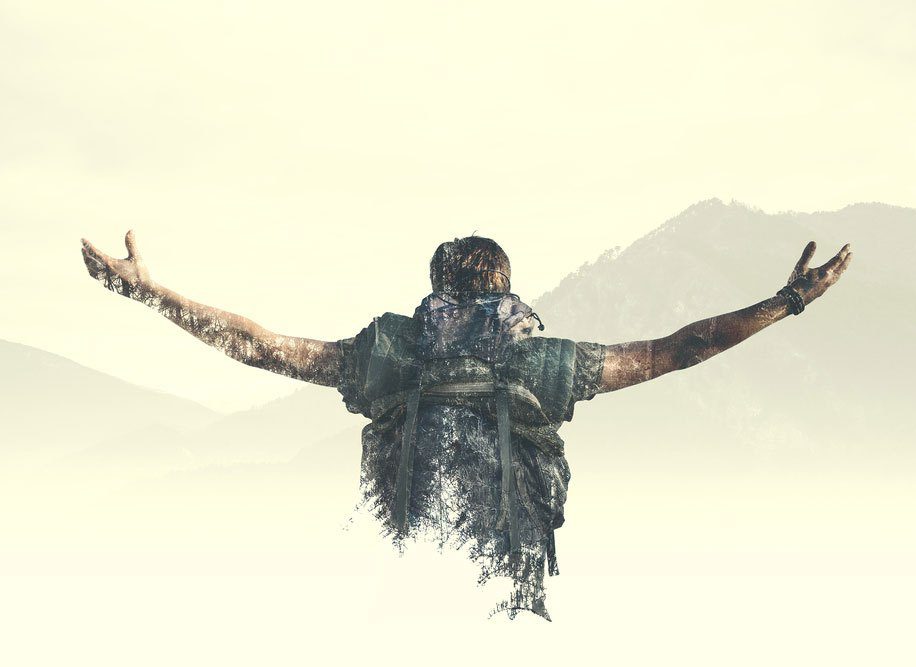 What you do matters. Everything. The big stuff. The little stuff. Even the annoying stuff.

Related: Stop Using These 3 Excuses If You Want to Be Successful

Living excuse free is about taking responsibility for every aspect of your life. It’s about creating a future you’re proud of.

So what if it hasn’t been done before?
Be the first.

So what if you get it wrong a few times?
Reinvent yourself.

So what if you don’t have a college degree?
Be curious. Learn more.

So what if no one believes in you?
You don’t need approval to be successful.

So what if it gets hard?
All big things require pain and loss.

So what if you keep trying and never get it right?
Audacity is always the right move.

So what if people aren’t following you?
They will follow once you do something amazing.

So what if you get hurt?
That’s the price of boldness.

So what if you’re under-appreciated?
Ego would only make you complacent.

So what if everything you thought was right turns out to be wrong?
Make up new rules.

So what if the experts disagree with you?
The experts might be wrong.

So what if you give more than you get?
You might just be happier.

You have to look within yourself and challenge the demons that hold you back from being successful. You’ll never rise to be a champion until you can look past the fear and the failure and the excuses holding you back.

Related: 10 Daily Habits Holding You Back From Success

That starts with believing that you can be amazing regardless of who or where you are in life right now.

Carl “Sugarfoot” Joseph was born in Madison, Florida, east of the state capital. The fourth of 10 children, he was raised by a single mom. They were a poor family living in the country without any real access to recreation or sports facilities.

That’s probably why Joseph worked so hard to become a star athlete. Growing up, he played basketball and street football. He fought with the older boys and it taught him to be tough. He would get thrown violently to the ground but spring back up and launch himself back into the action.

In seventh grade, he made the basketball team. Standing under the rim, he would jump straight up and dunk the basketball. That was just the beginning.

In high school, he played basketball and football and ran track, setting records in almost every sport. At one track event, he high jumped 5-foot-8-inches then turned around and threw the shot put 40 feet and the discus 130 feet. And in one football game against much bigger, double-teaming opponents, Joseph exploded with 11 tackles, an interception and a blocked punt.

The young superstar didn’t let down one bit as he made the transition to college. He played middle linebacker at Bethune-Cookman University, where five of his teammates went on to play in the NFL. The Wildcats won their conference championship, and a lot of it had to do with the inspiration that came directly from Joseph. You see, he was born without a left leg.

Every competition Joseph participated in was a lopsided event: Everyone else running, turning and jumping on two feet while he did it all on one. No prosthesis. No crutch.

When asked what his limitations were, Joseph said, “I don’t have any.”

So… what was your excuse again?

If you only get the future that you work for, then what you work on is pretty important, right? You probably don’t want to screw that up.

If there is a list of things to not flub, “your future” has to be high on the list.

Your decisions lead to your destiny.  Do you believe that? You should. It’s true.

Sooner or later, what you do—and who you really are—determines what you ultimately achieve.

But what does that really mean?

Let’s get practical about it. Let’s talk about how much sleep you really need and how a decision like that impacts your results.

Getting up earlier means you have more time to conquer the world. Simply getting up one hour earlier a day for 50 years equates to an extra 2,281 business days—or 6 1/4 years—of conquest.

You win more when you fight more.

Your daily decisions—or the excuses you make—add up over time.

It’s easy to say that working hard is important. We all know that, right? But just because you say the words doesn’t mean you’re doing the “doing” part.

Your future is about the decisions you make—not the ideas you have.

It’s causal rather than casual. You actually have a say in what you achieve.

We all want that extra 6 1/4 years of conquest. But when we have a zillion minute-by-minute considerations just to decide whether to stay in bed or get up and conquer, most of us choose comfort. It seems small at the time—after all, it’s just an hour. But the results are life-changing. Literally.

The decisions that you make hundreds of times a day build your future. They all count. So how can you change your future today?

It’s a mindset. An edgy mindset.

It means that you:

The importance of eliminating excuses is in understanding the outcome of individual decisions.

Being positive 20 times a day for 15 years is 109,500 opportunities to create a happier future.

Winning one more time per year could mean 30 amazing, mind blowing successes over a lifetime.

Telling the truth just one more time each day gives you 365 more reasons a year to trust yourself.

Reading one new book per week for 22 years equates to 1,144 new ideas from the smartest minds in the world.

Creating five new meaningful (in-person) relationships per month over 35 years is 2,100 new people you can count on when you really need help.

A lot of small choices make a big difference.

Could you conquer more? Could you do some outrageous things?

Possibly. Probably. You can bet on it. So stop making excuses.