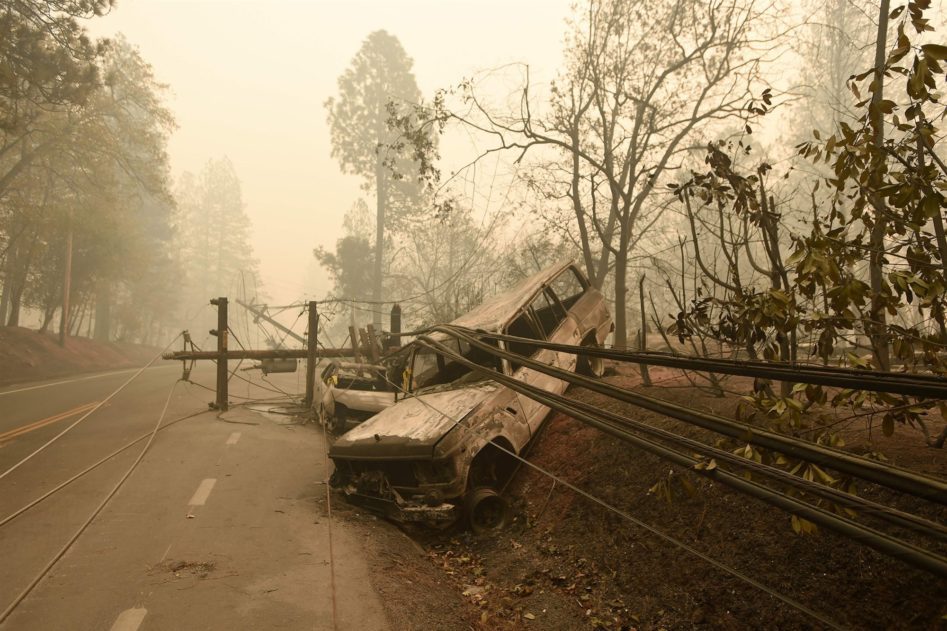 Embattled California utility PG&E announced Monday it plans to file for bankruptcy, seeking Chapter 11 protection amid billions of dollars in liability costs related to the company’s role in wildfires in 2017 and 2018, including last year’s deadly Camp Fire, which killed 86 people.

Jacob Kilstein, an analyst at Argus Research, said he was stunned by Monday’s announcement and had expected PG&E to push for state bailout money before playing the bankruptcy option.

“I would have thought that keeping the company in business would be in the best interests of customers and even creditors. I thought the state would step in and serve as a buffer to this,” Kilstein told NBC News. “This is the biggest utility failure I’ve seen.”

PG&E Chief Executive Officer Geisha Williams resigned over the weekend and acting CEO John Simon said the company will “resolve its potential liabilities in an orderly, fair and expeditious fashion.”

The lights and gas will remain on, PG&E officials said, noting that the utility “remains committed to providing safe natural gas and electric service to customers as it prepares to initiate voluntary reorganization proceedings under Chapter 11,” according to a company statement.

“We’re telling consumers not to panic. The lights won’t go out,” said Mindy Spatt, a spokeswoman for consumer advocacy group The Utility Reform Network. “Main take away is that the company expects to be found responsible for the Camp Fire.”

The Camp Fire, which ignited in November, was the world’s costliest national disaster in 2018, causing more than $16 billion in damage, three-quarters of it uninsured. It charred more than 150,000 acres in rural Butte County and virtually wiped out the entire community of Paradise.

In total, the California Insurance Department estimated the Camp Fire and two other wildfires last year destroyed 19,000 homes and businesses in the state.

The company acknowledged in a court filing that it had detected a problem on a transmission line 15 minutes before the first report of the Camp Fire. Hundreds of survivors have already filed lawsuits.

Last month, California Attorney General Xavier Becerra said the company could be prosecuted for murder if it acted with malice in the operation and maintenance of its equipment.

The utility has been under the microscope for years, following the Tubbs Fire that tore through wine country in fall 2017 and a deadly gas line explosion in San Bruno, California, which killed eight people in 2010.